A new partnership between Stonehill and Catholic University in Washington, D.C. is allowing students seeking careers on Capitol Hill to gain practical experience while working toward both their undergraduate and graduate degrees.

Hannah Chauvin ’16, the first student to enroll in the  Congressional and Presidential Studies (CAPS) Program, is currently working a paid full-time internship in U.S. Senator Patrick Leahy’s (D-Vermont) office in Washington while taking two graduate level courses at Catholic University where she will ultimately earn a master's degree in International Affairs, which is also offered through the program. The two courses, along with her internship, will count toward the requirements for her bachelor’s degree in political science at Stonehill.

“I never imagined that I would be able to start a graduate degree before officially completing my bachelor's,” says Chauvin, who is scheduled to complete her undergraduate degree this May.

“We launched this partnership because we recognize the challenge of launching a career on Capitol Hill from afar.  This partnership not only allows students to jump start their Hill careers but to do so while starting a graduate degree that counts toward the fulfillment of their undergraduate degree,” says Peter Ubertaccio, Associate Dean of Interdisciplinary Programs and Director of the Martin Institute for Law & Society.

“Slowly building a community network and setting personal goals quickly proved to be the most important techniques to juggling what can feel like a very overwhelming schedule,” says Chauvin, who has wanted to work on Capitol Hill since middle school.

“A teacher presented our mostly female class with statistics on numbers of women in various fields. One of the fields with the lowest number of women was and still is, government. I remember quietly deciding that I was going to be the first female president of the United States. Secretary Clinton may beat me to it but having that goal from such a young age was hugely formative.”

As far as her duties working in Senator Leahy’s Office, Chauvin sums it up with one famous line- “life is like a box of chocolates and so are my duties as an intern.” And she wouldn’t have it any other way. “I’ve learned to never say no to a task because you never know what you can learn from it.”

From logging constituent calls, attending briefings and hearings on a wide range of topics to writing policy memos and delivering items to the Senate floor, Chauvin is grateful for the variation in her work, giving her a flavor of t 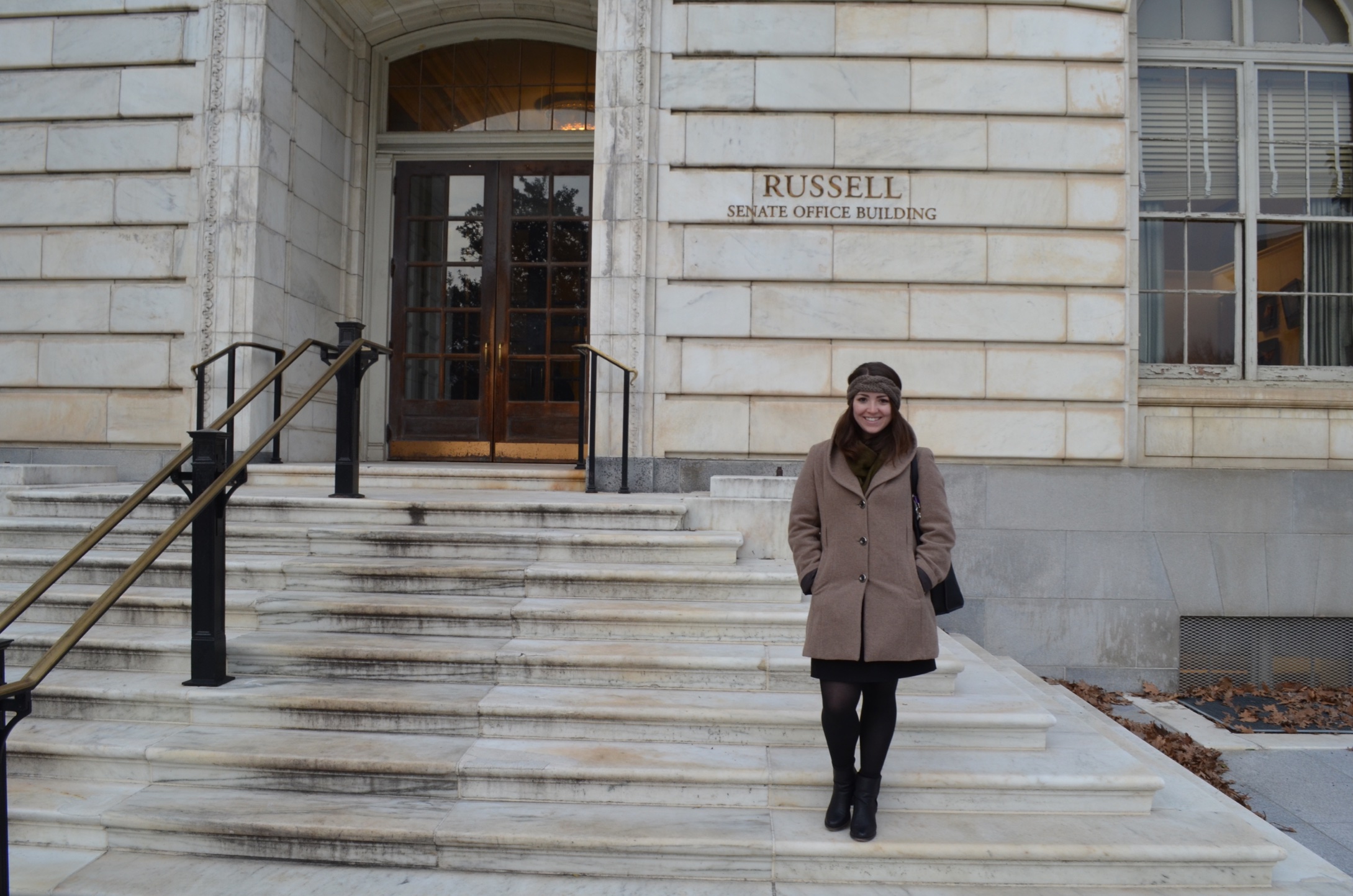 he different areas of politics.

So far, the highlights of her experience have been attending a hearing where the Secretary of the Navy testified, meeting Supreme Court Justice Stephen Breyer, who signed a copy of his book The Court and the World: American Law and the New Global Realities for her, and attending a security symposium at the Brookings Institution where the former Under Secretary of Defense for Policy Michele Flourney was the keynote speaker.

Chauvin says there wasn’t one particular element from her Stonehill experience that prepared her for this new chapter in her life, but rather, everything she did throughout her three and a half years at the College helped equip her with the right tools to succeed.

“As an academic institution, it prepared me for the rigorous post-degree coursework. As a community, it provided me with experiences and opportunities far beyond the scope of a solely academic facility,” says Chauvin.

She cites the Stonehill Alumni Association with honing her networking skills and making her more comfortable with skills she uses every day in Washington and also her time as a peer mentor for showing her how to interact with a wide range of people and the importance of a smile or kind word.

“I am forever indebted to the administrators, faculty and staff at Stonehill. I would not be the person that I am and I would literally not be here without them.” 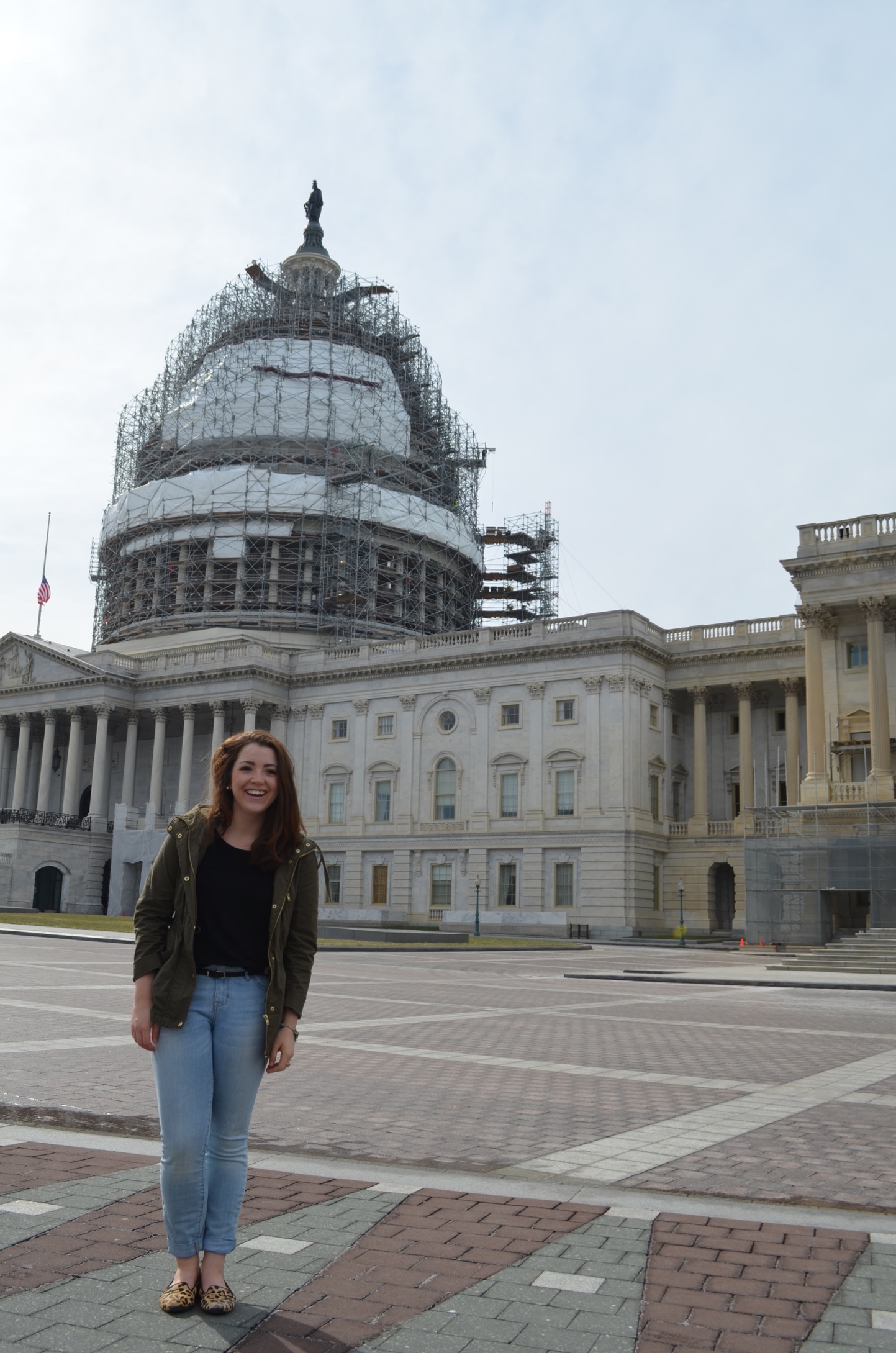 Despite being away from her Stonehill family this semester, Chauvin says she feels “entirely connected to the community” while simultaneously being able to further her education and career.

“My professors will always be seen as mentors even when I’m far from campus,” notes Chauvin, who credits Political Science Professors Bettina Scholz, Peter Ubertaccio, William Ewell and Kirk Buckman with helping her get to Washington.

“It takes a village to raise a child and it basically took the whole department to get me to D.C. Contrary to popular belief, the grass on campus is not the most beautiful part about Stonehill. Instead, the magic of the College is its ability to extend its educational experiences far beyond its zip code.”

To learn more about the Congressional and Presidential Studies Program, visit here.