The Book of Kells

Created by Celtic monks in a monastery on a Scottish island in the 9th century, the Book of Kells is an Irish national treasure. Brought from Scotland to Kells, a town northeast of Dublin, it is a richly illuminated manuscript which depicts the four gospels of the New Testament and celebrates the life of Christ.

Throughout its 680 pages, images of humans, animals and plants dance their way in brilliant color through intricate mazes that wind endlessly through elaborate calligraphy.

The Work of an Angel

“Look closely at it and you will penetrate the inner-most secrets of art. You will find embellishments of such intricacy, such compactness and density, such a wealth of knots and interlacing links in such fresh and lustrous hues, that you might believe it was the work of an angel rather than of a human being, ” wrote the 13th century scholar, Giraldus Cambrensis.

Today, The Book of Kells is preserved in Trinity College, Dublin where it is on show in special security display cases. Highly sensitive to destructive environmental influences, it is tightly protected and touching it is not permitted.

As a result, the general public and art lovers have limited access to The Book of Kells. Stonehill, however, has a special fine art edition that recreates the masterpiece to perfection. It is on display in the Mac Pháidín Library. Our librarians turn the pages twice a week on Wednesdays and Fridays.

The completion of the Fine Art Facsimile Limited Edition took ten years and tens of thousands of hours of effort by crafts persons and technicians in Ireland and Switzerland. 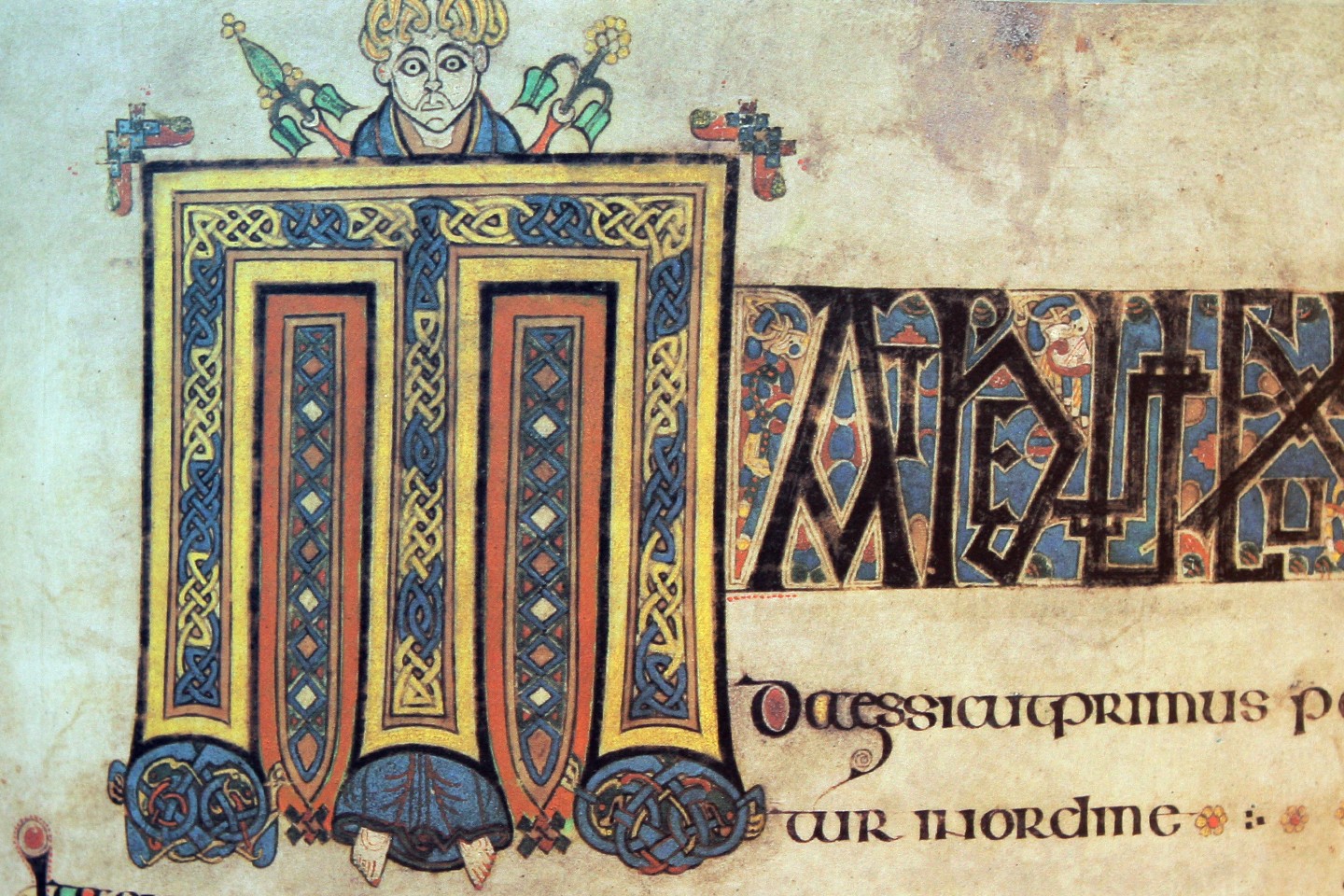 This fine art recreation of the Book of Kells was a gift to the College from Joseph Malone, the former head of the Irish Tourist Board and a longtime friend of Stonehill, who received an honorary doctorate in Business Administration from the College in 1978.

Now deceased, Malone was the father of three Stonehill graduates—daughters Jennifer ’93 and Gina ’84 and son Joseph ’83. The gift was made in their names.

“The Book of Kells is something you feast your eyes on. It is a voyage of discovery. Now thanks to the generosity of the Malone family, we can enjoy the mystery of early Christian art at its finest,” said then- President Bartley MacPhaidin, C.S.C. in response to Malone’s announcement of his gift.