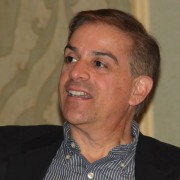 All of us desire to know, but philosophers have a passion to know. As far back as I can recall, I experienced a need to question, and that ultimately led me to the discipline of philosophy. More specifically, it was great thinkers and engaging teachers such as Hans-Georg Gadamer and William J. Richardson who inspired me to my life-long study of existentialism, aesthetics, phenomenology and hermeneutics, and particularly the thought of Martin Heidegger.

There is not — and never shall be — a teaching technology that can replace the transformative face-to-face encounter of human beings together in the pursuit of understanding. That's why the classroom has always been so special to me and why teaching has been so rewarding and satisfying over the years. The classroom is a place where a special kind of 'friendship' is forged.