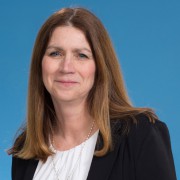 I've worked at newspapers throughout New England for more than 25 years, winning regional and national awards, including Journalist of the Year three times.

Over the years I've covered stories ranging from presidential hopefuls in New Hampshire to serial killers, crime and courts in Massachusetts. I've worked at The Enterprise of Brockton, Mass., The Standard-Times of New Bedford, Mass., and The Union-Leader of New Hampshire. While in college, I interned at the then-Bridgeport Post and The Hartford Courant in Connecticut.

Students in Professor Maureen Boyle's classes are building proficiency in the latest digital media tools. Offering access to technology and digital delivery know-how, the award-winning writer is preparing the next generation of reporters for success in th