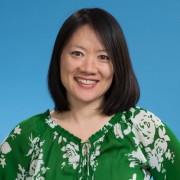 Her book Unequal Motherhoods and the Adoption of Asian Children: Birth, Foster, and Adoptive Mothers (2017) analyzes U.S. and South Korean governments’ social characteristics and policies regarding adoptions and how relations between nations have affected international adoption. The book focuses on whether the commonly held notion that adoptions are to serve children’s welfare has tended to render gendered aspects of international adoptions invisible. The multiple ways in which adoptive, birth, and foster mothers experience gender oppression from their different social positions of class, race, and nationality are explored and the interdependencies and inequalities of the motherhoods of these three groups of women are brought to light. Professor Gill's co-authored book Social Problems and Social Movements (2019) highlights the role of collective action and social movements to solve social problems and improve society. It is composed of fifteen chapters covering topics such as the sociology of social problems, the sociology of social movements, and the sociology of power. Specific chapters also focus on poverty, race/ethnicity and immigration, gender and sexuality, the family, education and media, health care, crime and criminal justice, globalization and global inequality, population and aging, the environment, drug abuse, human trafficking, and war, rebellion and terrorism.

Professor Gill has also conducted numerous research projects with Stonehill students ranging through a variety of topics such as service learning, Asian adoptees, gender and mental health, the 2017 Women’s Marches and feminist movement, and presidential elections. Professor Gill and her students presented their research at annual meetings of the American Sociological Association, the Society for the Study of Social Problems and the Eastern Sociological Society. Professor Gill has taught courses in the areas of gender, sexuality, families, childhood and children’s welfare, sociological theory and sociological research methods.