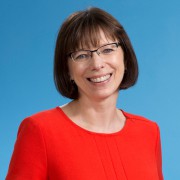 Helga Duncan is Associate Professor in the Department of English and teaches sixteenth and seventeenth-century English literature, drama, and culture. Recently her research has focused on the representation of sacred space in early modern drama and poetry.

A book project, tentatively entitled, Representing Sacred Space in Early Modern English Literature, 1580-1690, examines the poetics of sexuality, locality, and spirituality in drama and epic from the 1590s to the 1680s by attending to generic re-formations of space. She has recently published an article on Marlowe’s Hero and Leanderand the discourses of radical dissent.

Her teaching interests include drama (especially the material theatrical practices of the early modern period), and the historical constitution of the subject as well as feminist and queer theory. Apart from her work in early modern British literature and culture, she is also interested in the literatures and philosophies of eighteenth and nineteenth-century German-speaking cultures.