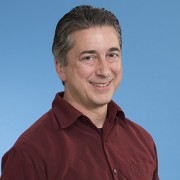 Professor Simon has PhDs in physics from Johns Hopkins University and in electrical engineering from Boston University. Over the years he has taught numerous courses in physics, astronomy, math, and statistics. He has also been the author or coauthor of many scientific publications, in areas ranging from mathematical physics and quantum field theory to optical engineering.

Although his original training was in elementary particle physics, his recent research has focused on quantum optics and has included work both on fundamental scientific issues and on practical applications to areas such as microscopy and quantum cryptography. He is primarily a theorist, but continues to collaborate closely with an experimental research group in quantum optics based at Boston University.