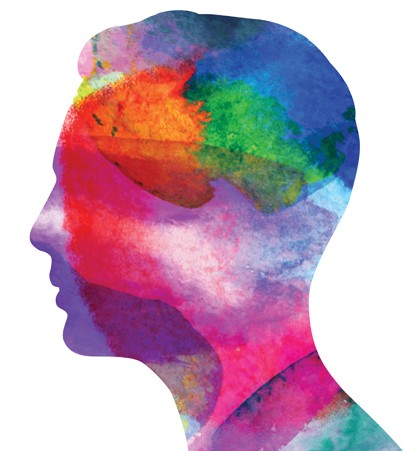 During the summer before her senior year, Catherine Klein ’19 hit a metaphorical brick wall. A criminology and psychology double major and goalie on the varsity soccer team, Klein worked as a lab technician at a company near her home in Connecticut. That was on Mondays, Wednesdays and Fridays. On Tuesdays and Thursdays, she did an internship at a residential facility helping ex-offenders on parole. Each week night and on Saturdays, Klein devoted three to four hours to soccer training—agility, speed and goalkeeping.

“I sat down one day and felt completely overwhelmed,” she recounts. “It was really hard.”

Luckily, Klein also served on Stonehill’s Student-Athlete Advisory Council (SAAC). When she returned to school in the fall, she recounted the experience at one of the first SAAC meetings. “That got us talking about how we could support student-athletes,” Klein says. “Student-athletes face particular kinds of struggles—whether it’s playing time, workouts or balancing school work with sports.”

That conversation eventually led SAAC to bring a speaker to campus—Ivy Watts, a former NCAA Division II track star at the University of New Haven who struggled with anxiety and depression and now shares her story at colleges across the country. Watts came to Stonehill courtesy of a new resource: the Wellness Initiatives Fund. Launched in spring 2019 with the generous support of Robin McQueen-Lynch ’80 and Robert Flynn ’87, the Fund provides financial support to student wellness programs, training and events.

In just its first semester, the Fund has already made a difference. “We had 600 people at the Ivy Watts talk. It was phenomenal,” says SAAC Chair James Varney ’20. “We didn’t expect that kind of turnout. Students were really receptive.”

“It was amazing to see how many people followed Ivy on Instagram after her talk. I personally received emails and texts from people who told me how great the event was,” adds Klein, who notes that the event was particularly timely given the tragic death of Marc Tarabocchia, a junior accounting major and member of the football team, by suicide in the fall, which left the close-knit student-athlete community and the campus, as a whole, reeling in the weeks after. “The Wellness Initiatives Fund made it possible for us to do this. It helped us send the message that we care, as a community. It was huge.”

McQueen-Lynch and Flynn were inspired to start the Wellness Initiatives Fund for different, but related, reasons. A parent of three college-aged students, McQueen-Lynch has become a passionate advocate for adolescent mental health. Flynn is a former student-athlete who previously owned a gym and now runs his own health and wellness coaching business. 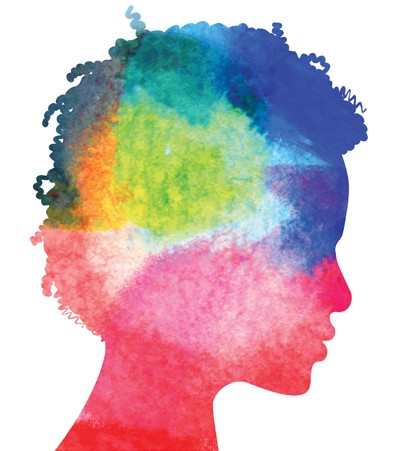 “Robin reached out to us in spring 2018, looking to support mental health initiatives on campus,” explains Vice President for Student Affairs Pauline Dobrowski. “Bob had reached out the year before because he was interested in supporting opportunities for physical fitness.” The timing was perfect, she notes, because Student Affairs staff had been talking about ways to increase student involvement in health and wellness. “We want to provide resources and ongoing support to students so that they can seek help when needed, strengthen their coping mechanisms and maximize their capabilities to grow and flourish,” says Dobrowski.

Like colleges across the country, Stonehill is seeing an uptick in students arriving with mental health concerns—primarily anxiety and depression. Nationally, the Center for Collegiate Mental Health reports that campus counseling centers experienced a 30 to 40 percent increase in students seeking services over a five-year period, while student enrollment increased by only five percent.

And in late 2018, the World Health Organization’s World Mental Health International College Student Initiative released results from its most recent study: 35 percent of respondents (among 14,000 students in 19 colleges in eight countries) reported symptoms consistent with at least one mental health disorder. Experts debate the reasons behind these alarming statistics. While the causes are certainly many, varied and complex, most agree that technology and social media play a role. Research shows that the average teen spends six to eight hours each day online.

Well aware of these trends, Dobrowski had been brainstorming different ways to address them with Director of Counseling Services Maria Kavanaugh, Director of Health Services Maria Sullivan and Health and Wellness Coordinator Jessica Greene. “We decided what we really needed, in addition to our education and awareness initiatives, was a way to be nimble in our approach to responding to student concerns as they arise,” Dobrowski says. Connecting the dots after conversations with McQueen-Lynch and Flynn, “we proposed the idea of creating a fund that would help us bring discussions of health and wellness into the mainstream on campus.”

McQueen-Lynch and Flynn were all for the idea; each made a gift to get the Fund off the ground. “As member of the President’s Advisory Council, I see student health and wellness as being of the utmost importance to all colleges and universities,” says McQueen-Lynch. “To me, this new fund demonstrates Stonehill’s commitment.”

“What I love is that the Wellness Initiatives Fund is helping Stonehill to do things differently,” adds Flynn. “They’re doing more than talking about student health and wellness—they’re doing something about it.”

A Fund is Born

The Fund’s details were ironed out late in the fall 2018 semester. After winter break, Dobrowski sent out an email to students, faculty and staff explaining the Wellness Initiatives Fund and how to apply. “I received proposals that very first week and was encouraged at how responsive people were,” she says. 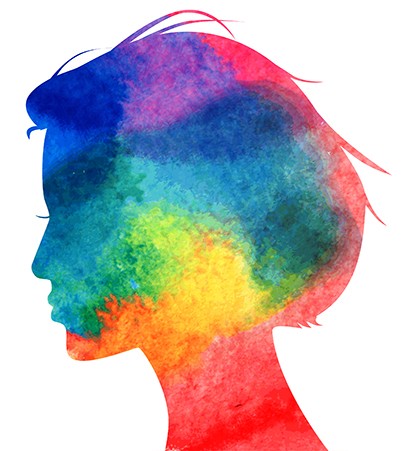 In all, the Wellness Initiatives Fund paved the way for six new programs in the spring semester. In addition to Ivy Watts’ well-received talk, offerings included a Self-Care Fair, held just before finals in April. “We had multiple tables—one where we gave out notebooks for journaling and an essential oils table where people could make their own lotions for things like stress release and sleep,” explains Sophia Anderle ’20, one of the organizers. “Another offered healthy snacks made from affordable ingredients, like granola balls from oats and peanut butter. We also gave out kindness rocks—small rocks that have positive messages. The idea was to take a rock and leave it someplace on campus for someone else to pick up.”
A resident in the College’s Wellness Housing, Anderle estimates that 300 people visited the Self-Care Fair. “I think students really appreciated it. People were saying things, like ‘This is a great idea,’ and ‘This is really helpful,’” she says.

Another program was “You’re Not Alone: Living With Loss,” a joint offering of Counseling Services and Campus Ministry. “Sadly, we had a number of students who lost a parent last year,” explains Kavanaugh. “It can be isolating to go through the grieving process while you’re in college.” With Fund support, staff purchased copies of the book, We Get It: Voices of Grieving College Students and Young Adults, and started a support group, which met over the spring semester.

Outside of the grief support group, Kavanaugh says that she has heard a lot of positive buzz about the Wellness Initiatives Fund. “People who had wanted to do programming found that they could use this resource for funding and collaboration,” she explains. “A great example was the Mind Full Podcast event: The Intersection of Hip Hop and Mental Health.” The Intercultural Affairs office tapped into the Fund to bring this innovative event to campus, presented by What’s On Your Mind Inc., an organization committed to normalizing conversations around mental health in communities of color.

Then there was the Mental Health in Athletics Seminar, aimed at assisting Athletics staff in best serving and supporting the mental health of the 450-plus student-athletes at Stonehill. Lastly, resources from the Fund also helped Stonehill take the next step with the JED Foundation, a non-profit that seeks to strengthen emotional health among the nation’s teens and young adults.

In 2013, the College went through the process to become a JED certified campus. This year, Stonehill joined the foundation’s program called the JED Campus, which helps schools evaluate and strengthen mental health and wellness resources. “This past spring, JED consultants worked with our staff as we performed an environmental scan and conducted a student wellness survey,” says Dobrowski. “Once we have the results, the JED Foundation will work with us to develop a comprehensive four-year strategic plan to address campus mental health.”

From the Ground Up

Kavanaugh sees the Fund’s strength in its grassroots approach. “Student-driven initiatives are some of the most powerful,” she reflects. “The Wellness Initiatives Fund will help fuel those experiences. It’s allowing people to think differently about health and wellness. The popularity of the Fund is proof positive that people want to put this topic front and center.” The Office of Student Affairs has already received two funding requests for programs this fall. 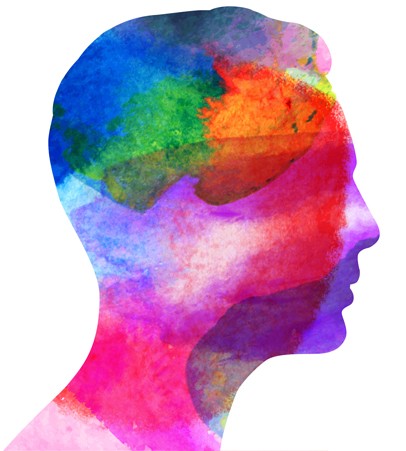 Greene, too, is enthusiastic about the Fund and how it is promoting student health and wellness. “It’s a really important moment of culture shift and a reason for hope,” she says. “I feel like it’s sparked student activism on campus. It’s given someplace for students to go who say, ‘I want to do something about this. I want to put on this program.’” In fact, last year’s seniors earmarked their class gift for the Wellness Initiatives Fund. They raised an impressive $5,260, which McQueen-Lynch offered to match.

“I’m thrilled with the response,” says McQueen-Lynch. “My hope is that the Fund grows and grows. I would love to see Stonehill set the bar for other colleges in Massachusetts.”

“I’m excited that we were able to get this program off the ground with these resources,” Flynn concludes. “We’ll continue to look at how the programs are doing and all the data to measure success. We’re still in the first inning with this.”

To Sophia Anderle—beyond the data—alumni support of the Wellness Initiatives Fund sends both an encouraging and invaluable message. “To me, it says that alumni care about students,” she says. “It says that they understand. They’ve been in our shoes.”